The National Junior Indoor Rowing Championships took place on Friday at the Copper Box stadium in the Olympic Park.  30 Westminster J14s raced in the year 9 four-minute event and then the top 12 boys competed again in three relay teams over 2000m.  In the individual competition, the top finisher was Michael who came within one metre of a bronze medal.  Other top contenders in the top 40 out of 220 participants were Tim in 14th, Sam 28th, Josh 31st, Oliver 34th, Thomas 35th , Theo 38th and Lucas 39th .  In the Team event, Westminster crews finished 6th, 11th and 17th out of  84 competing teams.

Saturday brought possibly the last racing opportunity before the Schools Head competition, with the First VIII racing 3 x 7mins against London Rowing Club on the Championship course.  After losing the first piece by two lengths, the Westminster VIII raised their game to come from behind to win the second piece by 1/2 length and storm away to win the third by clear water.

Thursday saw a Westminster U14s side travel away to take on an U15 side from Eaton Square School.  It was a victorious trip for the Westminster side as they triumphed by 5-2, with Andrei scoring a hat-trick added to strikes from Nikhil and Zain.

Saturday saw the annual Independent Schools Tournament take place, with three Westminster boys competing.  There was a 100% success rate as all the Westminster competitors won medals.  In the Senior Boys category, there were Silver medals for Rei in Under 81kg, and, for Jimin in Under 73kg.  Meanwhile, in the Intermediate Boys section, Niccolo took home a Bronze medal in the Under 81kg category.

A positive way to end an extraordinary term and academic year with a range of Station activities at Vincent Square. Athletics, Cricket, Pilates & Tennis all taking place simultaneously – socially distanced, of course. Fingers crossed for normal service to resume in September 🤞 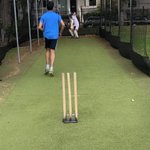 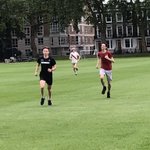 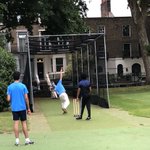 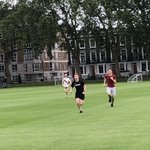 Some great efforts by our J14 boys over the weekend in the British Virtual Rowing Champs. In the ‘A’ Final, Oliver came 4th, just ahead of Tim in 5th with Theo 12th, Patrick 13th, Thomas 14th, Deniz 15th & Ryder 17th. In the ‘B’ Final, Lucas finished 3rd with Kristof 5th.

Sport is back at Vincent Square! Station sessions this evening in Cricket, Tennis, Gym Fitness & Body Flow (a mix of Tai Chi, Pilates & Yoga). Great weather to welcome back some socially-distanced Year 12 pupils – and more to come on Thursday. 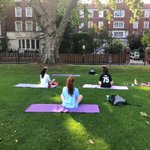