Tuesday saw the annual House Swimming Competition talking place at the Queen Mother Sports Centre. For the first time since 2012, Wren’s took the overall title ahead of Rigaud’s (who took the Junior section) in second and Purcell’s (who took the Senior section) in third place. As well as the team efforts, there were some excellent individual performances also, most notably from Herbie (PP) – who broke the 25m Butterfly record and won both the Senior 50m Frontcrawl and 100m Freestyle -, Thomas (HH) – who won the Junior 25m Butterfly and 50m Frontcrawl – and Lily (AHH) – who won the Underwater Dash and was second in Senior 25m Backstroke.

Westminster’s fencers began the second half of term as they left off the first as they registered another superb success – this time away at Tonbridge School. Their 3-0 clean sweep came courtesy of wins in Epee (45-27), Foil A (45-37) and Foil B (45-21).

It was a mixed week for the 1st XI as they tasted both cup success and league defeat. Firstly, on Thursday, they progressed to the 3rd Round of the ESFA U18 Cup, courtesy of a 3-1 win over Alexandra Park School. With the 1st XI pitch at Vincent Square out of action, the fixture was moved to Wingate & Finchley FC, where Westminster adjusted well to the much bigger playing area. A double strike from Ben and one from Luke took the 1st XI into a comfortable 3-0 lead before they relaxed too much to allow Alexandra Park a consolation goal.

Saturday was a different story though as the 1st XI were overpowered in a heavy defeat away at Alleyn’s, which severely dented their Elgin Capital League hopes. The 2nd and 3rd XIs were also comfortably defeated away to Alleyn’s, but, it was a very different story at Vincent Square for the U15s. Perhaps spurred on by being filmed and experiencing the revolutionary Playermaker technology, the U15As produced their most complete performance since joining the School in 2018 as they defeated Alleyn’s by 3-0. Diego gave them a 1-0 first half lead which was preserved by a superb save from Miles, and, a Sachin penalty doubled the advantage in the second half, before the coup de grace was administered by Sam who finished a sweeping move with a curling 20 yard shot into the top corner. Meanwhile, the U15Bs were producing an equally impressive performance on the adjacent pitch to record their second win on the bounce as they beat Alleyn’s by 2-0 with a goal from Ryan and a penalty from Alexander.

Elsewhere in Westminster Football, congratulations go to Connor who was a member of the Hanworth Villa U18 side which defeated Gillingham FC Academy in the First Round proper of the FA Youth Cup. Having won rough four previous qualifying rounds also, we wish Hanworth Villa luck in the next round where they face AFC Wimbledon. 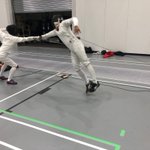 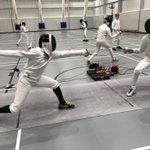 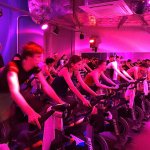 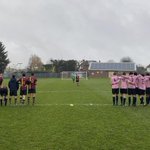 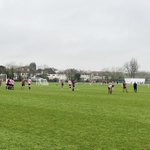