Find out more about Westminster School, both in and outside the classroom, during the day and in the boarding houses. 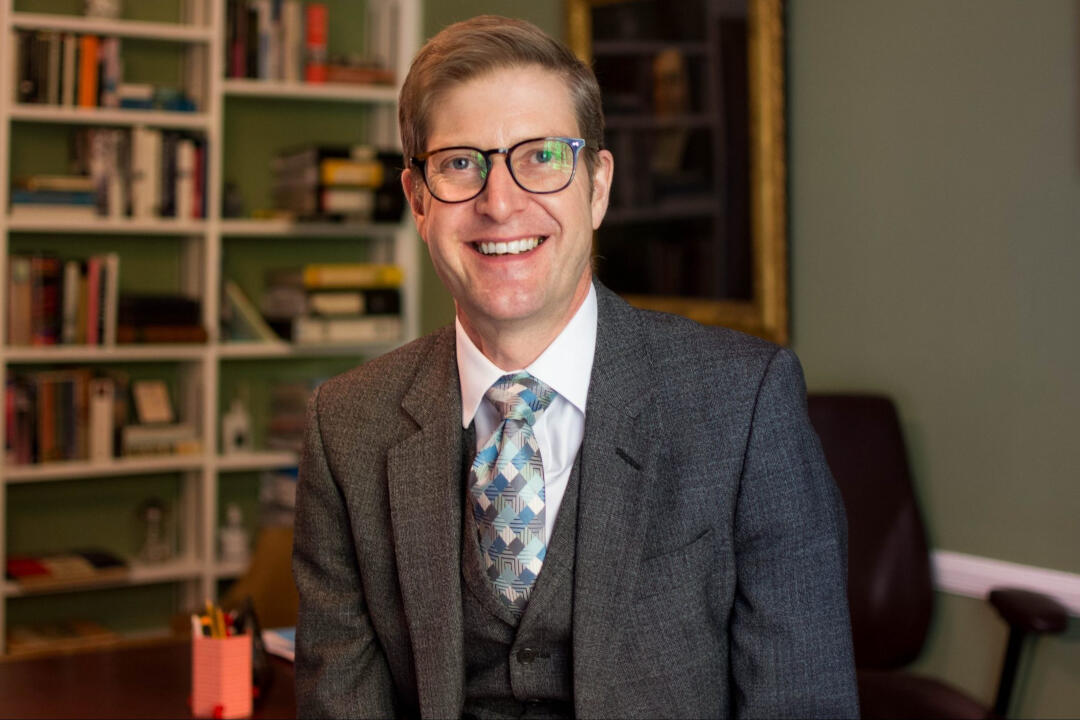 I feel an enormous sense of privilege in having the opportunity to lead such an outstanding academic institution. Westminster is a hugely exciting place to be. It is a school where pupils are taught to think by teachers who inspire them.

Now may we singen 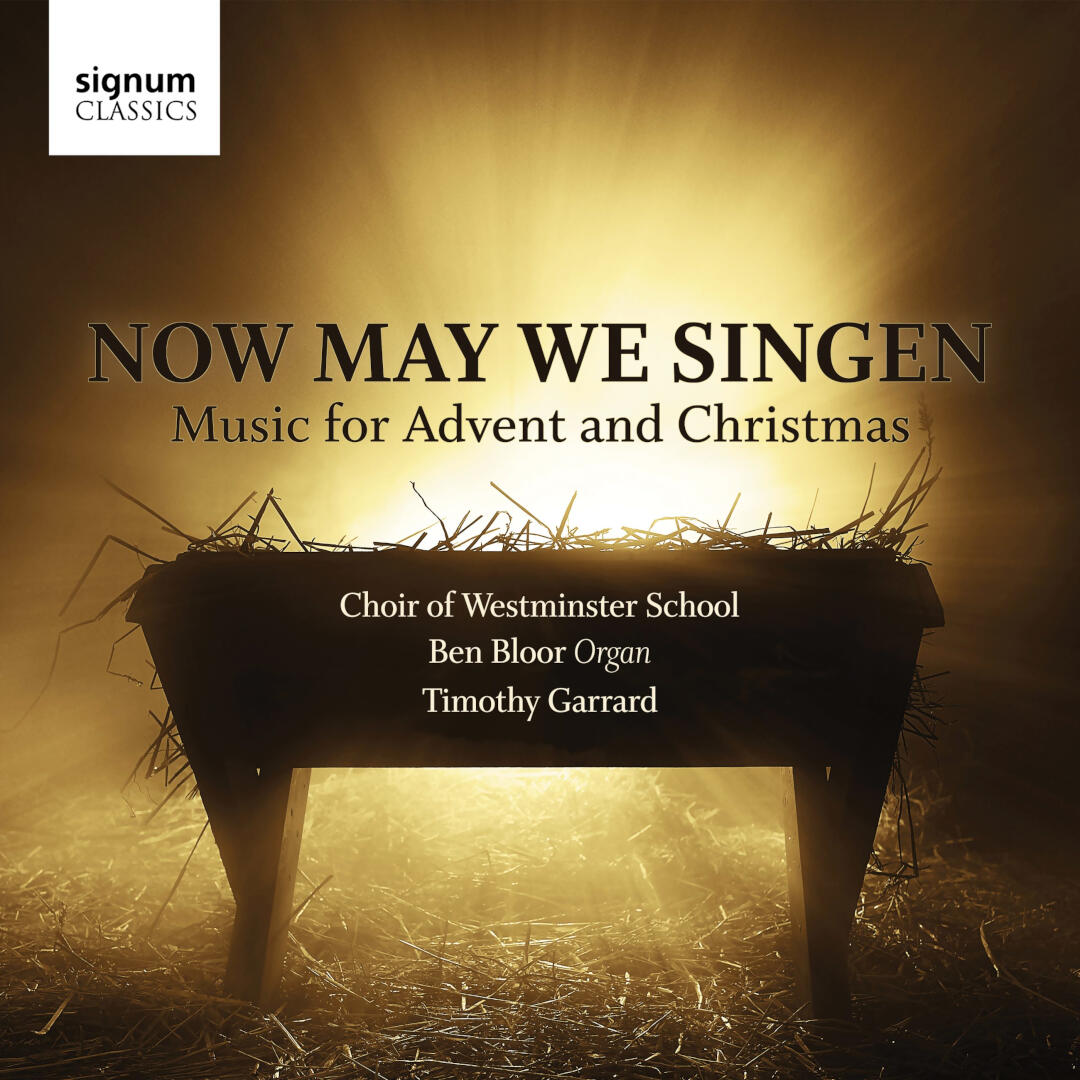 In 2019, the Choir of Westminster School released its debut recording on the international record label, Signum, and Classic FM chose it as its ‘Drive Time Recording of the Week’. BBC Music Magazine listed Now may we singen in its ‘Top Ten Christmas Playlist’, and Gramophone Magazine wrote that, ‘there aren’t many schools around with choirs that sing as impressively as this’. 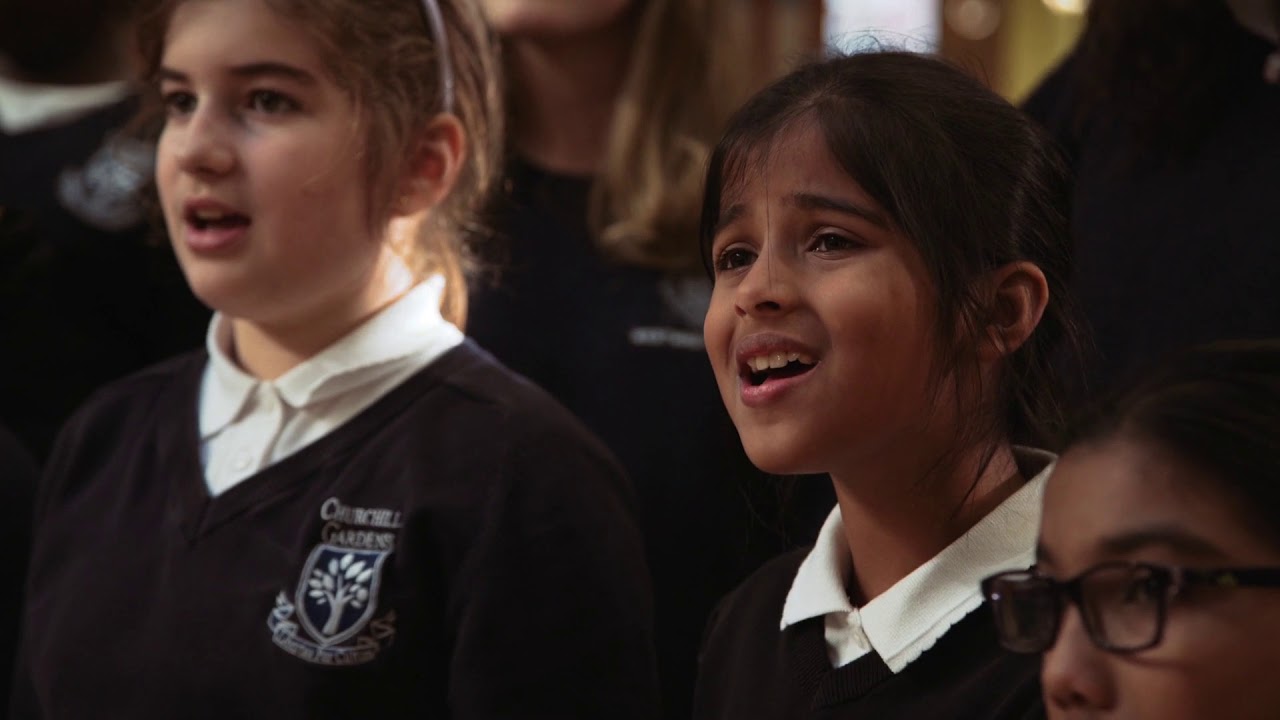 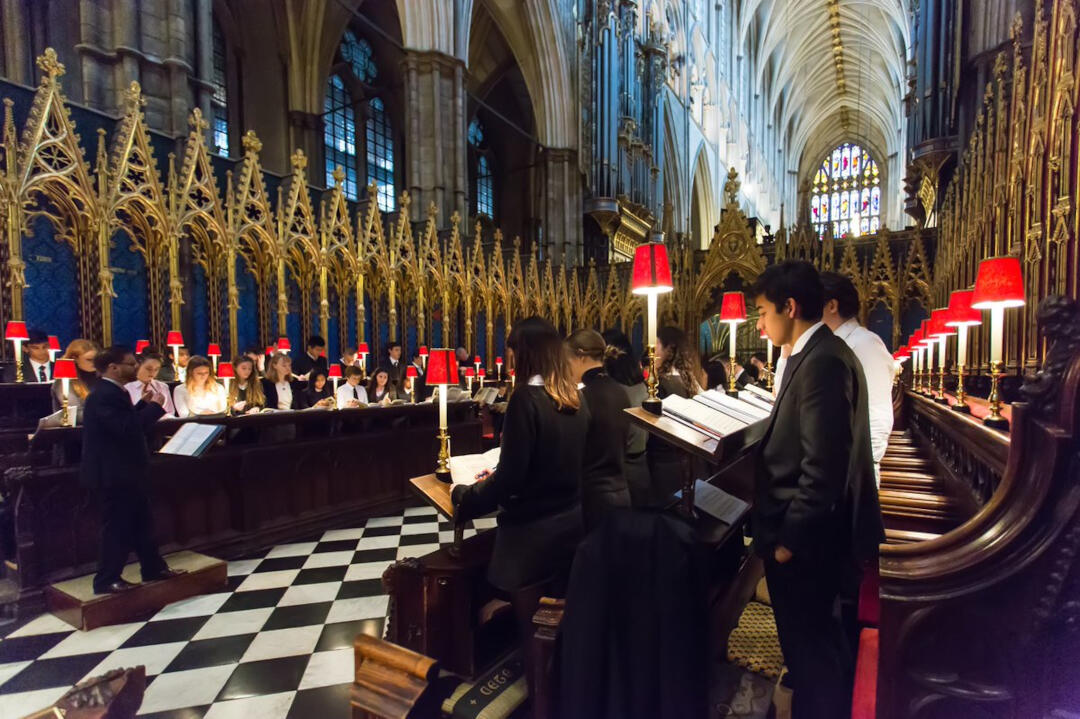 The School Prayer is said throughout the academic year at all the School’s major services in Westminster Abbey. Director of Music, Tim Garrard, set the text to music in 2014 on the occasion of the retirement of the then Head Master, Dr Stephen Spurr. This virtual recording was made during Lockdown in 2020.

The Story of Westminster 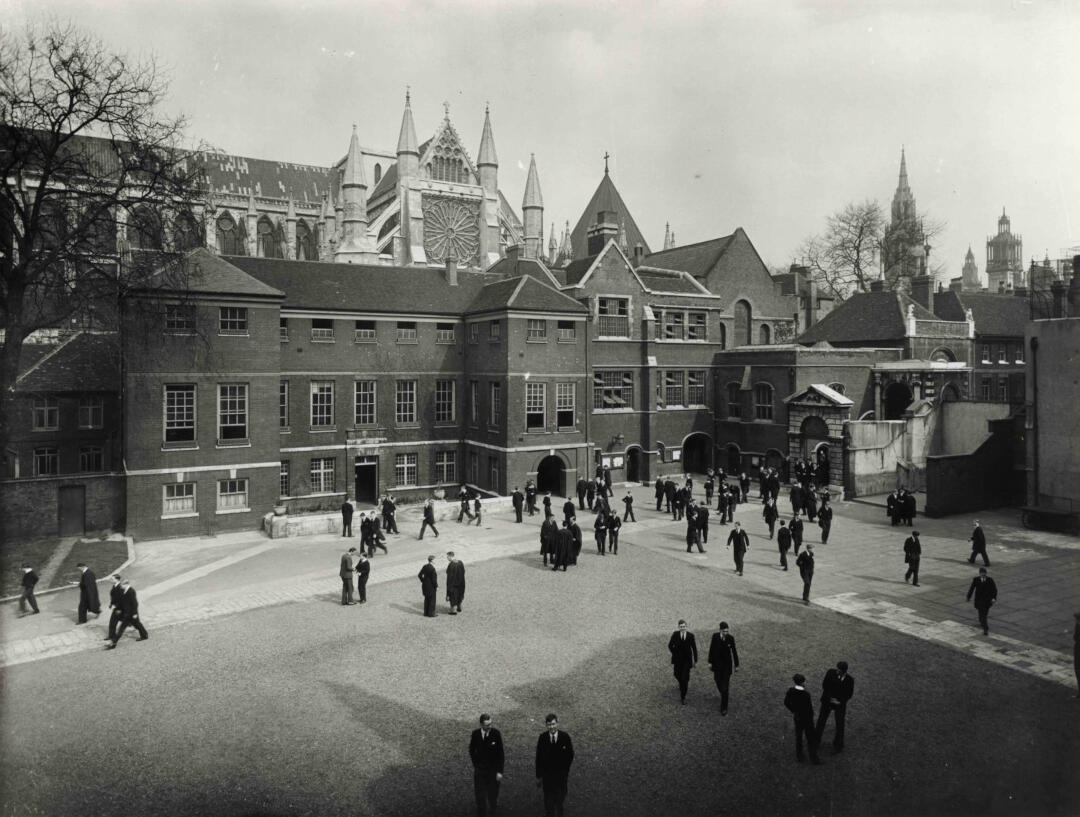 Westminster’s origins can be traced to a charity school established by the Benedictine monks of Westminster Abbey. Its continuous existence is certain from the early fourteenth century.

Life as a Queen's Scholar​ 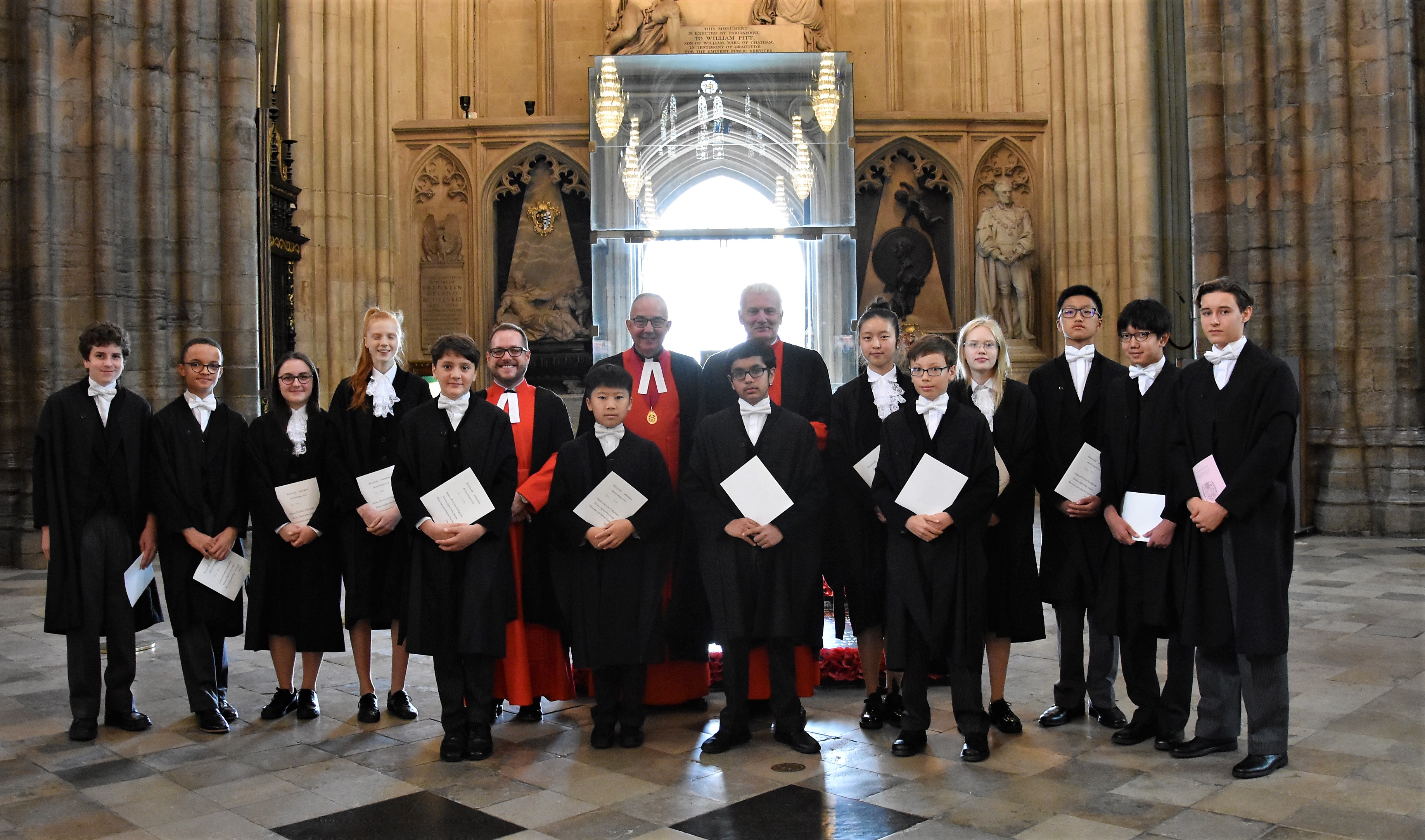 There are a total of 48 Queen’s Scholars, with 12 chosen every year: eight boys at age 13 and four girls at age 16. The Scholars are chosen based on their performance in the entrance exams and interviews and the scholarship lasts for the duration of their time at the school.

The Westminster ethos encourages pupils not only to make the most of their talents and take intellectual risks, but also to pursue a healthy, rounded lifestyle. 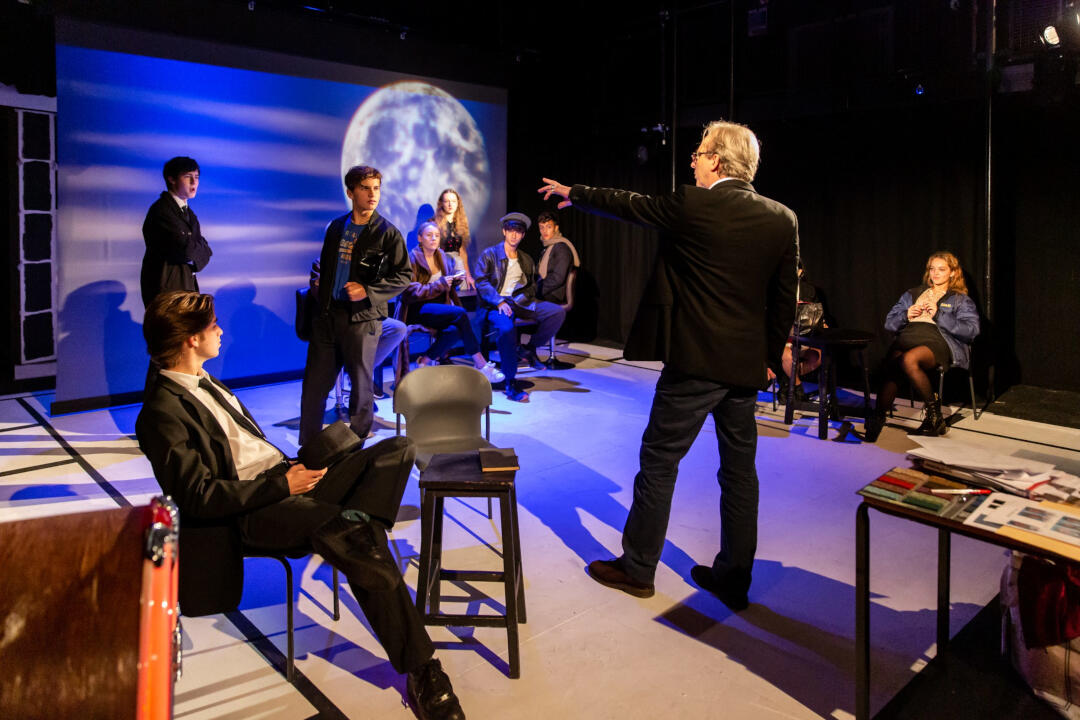 Aspiring thespians can find inspiration in the knowledge that the likes of Sir Arthur John Gielgud, John Dryden, Stephen Poliakoff and Helena Bonham-Carter are among past pupils to tread the boards at Westminster.

We are extremely fortunate, in the centre of London, to have a great deal of outdoor space for sport: pupils have a shooting gallery and several fives courts in addition to our playing fields at Vincent Square.

The boarding houses are all equipped with dedicated study areas and there is filtered internet access in every pupil’s room, to which they are free to connect any device. Westminster has a long history as a boarding school and today we have a lively boarding community of approximately 190 boys and girls. 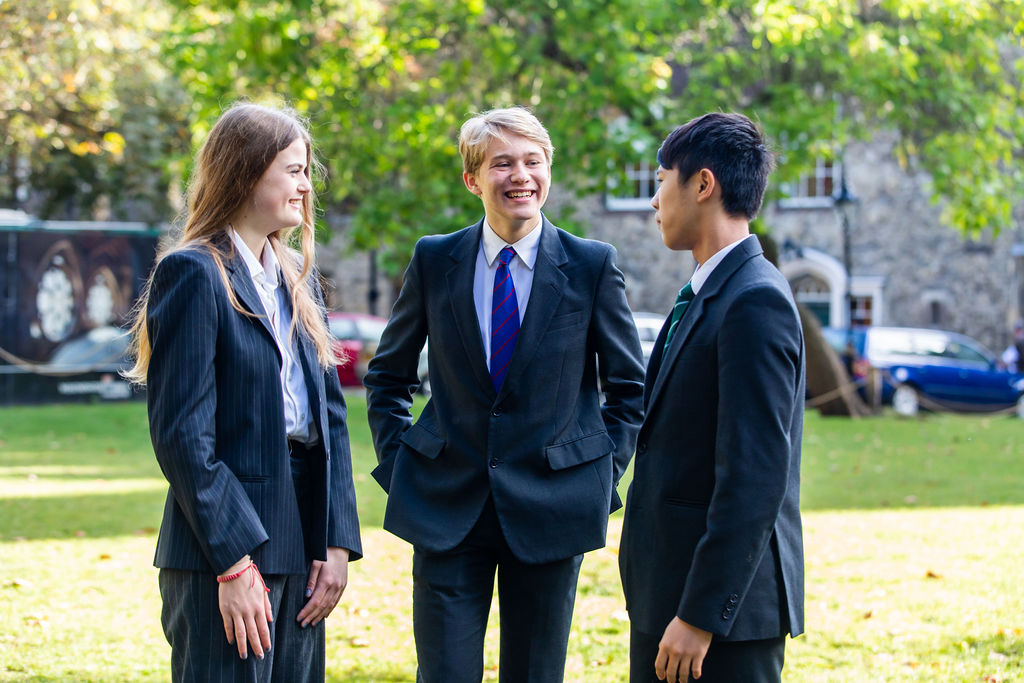 The co-educational Sixth Form at Westminster offers an exciting, stimulating and challenging environment for learning.

Westminster School gratefully welcomes any donations to support our fundraising efforts across the School and its community.