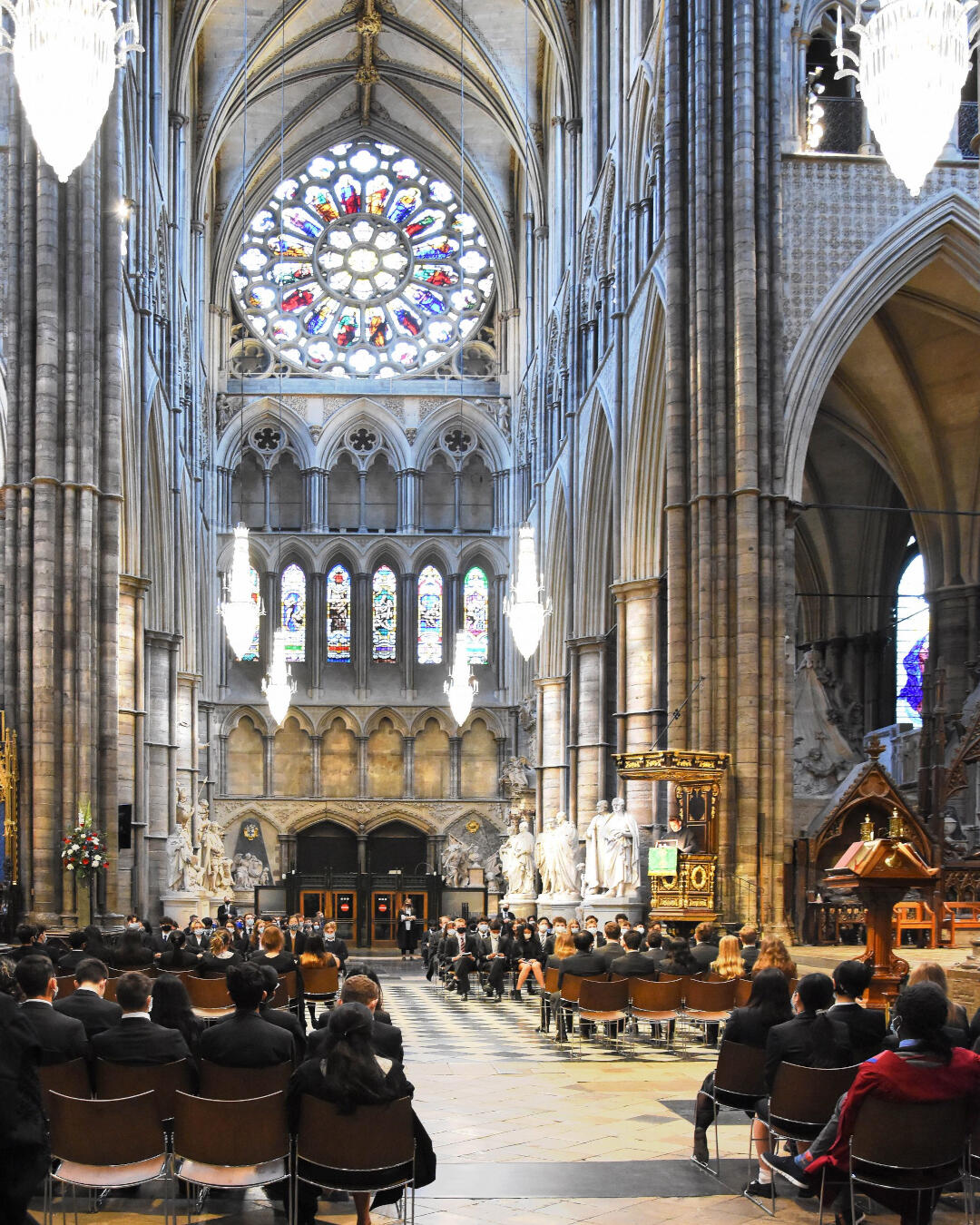 This longstanding connection enables the school to use Westminster Abbey as its chapel, with all pupils attending services in the Abbey twice a week on Mondays and Fridays. We also hold various concerts and special services in the Abbey throughout the year, giving pupils a chance to speak and perform in this beautiful and historic venue.

Due to our deep roots in the Church of England, the Chaplain has a key role in the school’s pastoral system. Most notably he hosts the popular Chaplain’s Breakfast each week, as well as mentoring and preparing any pupils wishing to be confirmed before their confirmation by the Bishop of London in the Abbey. As a further link between the two institutions, the Dean of Westminster Abbey is an ex officio member of the School’s Governing Body. The Abbey also houses some of the school’s history: information covering the earliest recorded period of the school’s history can be found in the Westminster Abbey Muniment Room and Library.

← back to School Life
Join Us