Mr Mark Batten (
OW An OW is an 'Old Westminster', a former pupil and member of the School's alumni.
)

Mark is an Old Westminster and has been a Governor of the School since 2014. He was appointed Chair in 2020. Mark is also Chair of the School's Governance and Nominations Committee and a member of the Finance and General Purposes and the Remuneration Committees.

Mark’s other roles include Chair of Assured Guaranty UK and iNED of Picton Property Income and the Royal Brompton and Harefield Clinical Group. Mark is also Chair of the Royal St George’s Championship Committee for the 2021 Open Golf Championship.

Mark was a partner at PwC from 1990 until 2017, when he retired from the firm.  His primary area of expertise involved the reorganisation and restructuring of companies and businesses, particularly in the banking, insurance and real estate sectors. Mark is a graduate of Oxford University, a Chartered Accountant and formerly a licensed Insolvency Practitioner. David has worked as Dean of Magdalene College, Cambridge, as a Vicar in North London, as a Canon of Gloucester Cathedral and as Dean of Bristol. David was installed as Dean of Westminster in November 2019. He has a doctorate in History from Cambridge. He has worked for the national church and published three books. David chaired the College of English Deans in 2019 and he was awarded an MBE in 2020 for work in Bristol with vulnerable communities.

David is also Chair of the School's Remuneration Committee.

Ms Emily Reid (
OW An OW is an 'Old Westminster', a former pupil and member of the School's alumni.
)

Emily is a regulatory partner at Hogan Lovells, focussing on banking, payments and lending and on the FinTech sector. Until recently she led the global Financial Services Practice and is currently heading up its consulting team.

She has held several management positions at Hogan Lovells including serving on the Board and chairing the Global Citizenship Programme.

Emily is also a member of the School's Audit, Risk and Compliance and the Governance and Nominations Committees. 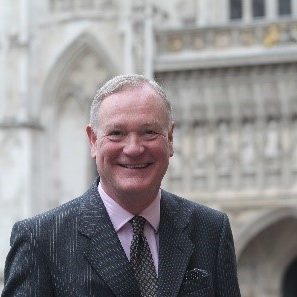 David is Sub-Dean, Archdeacon and Canon Treasurer at Westminster Abbey. He is also a Distinguished Friend of Oxford University, Governor at Westminster University and an Independent member of the Public Services Honours Committee. He was previously Church Commissioner for England, Non-Executive at the Wales Audit Office, and Vice Chair of Oxford University Research Ethics Committee (Humanities and Social Sciences Divisions).

David is also a member of the School's Audit, Risk and Compliance and Investments Committees, and he oversees boarding at the School. 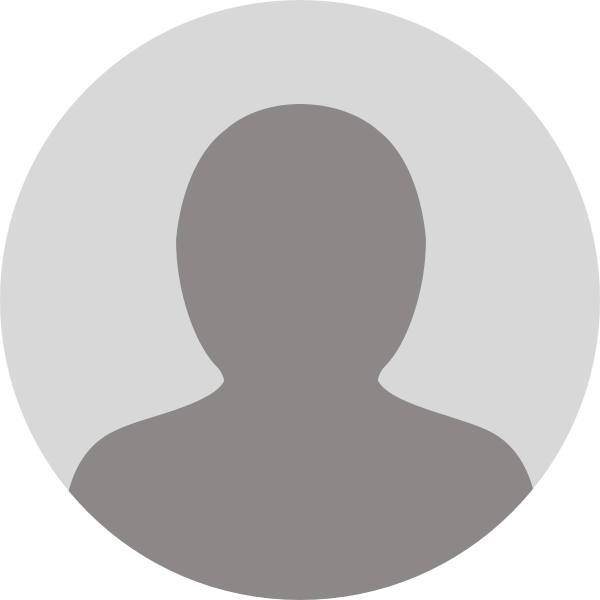 Sarah works for Public Health England as the National Lead for Tuberculosis (TB) Strategy and TB Programme Delivery. She previously worked as a regional epidemiologist, a consultant in Health Protection, a clinician, and a GP. Alongside Sarah’s paid work, she is a medical adviser to the Royal Geographical Society where she advises expeditions on medical issues and co-edits the 'Oxford Handbook of Expedition and Wilderness Medicine'.

Sarah is also a member of the School's Education Committee.

Mr Michael Baughan (
OW An OW is an 'Old Westminster', a former pupil and member of the School's alumni.
)

Michael has worked in the financial sector, joining Lazard Brothers & Co in 1966 and was a Managing Director from 1985 until 1999. He retired in 2002. He was also a Director of various public and private companies.

Michael and his wife have two sons who are former Westminster pupils.

Michael is also Chair of the School's Archives Committee and a member of the Estates, the Finance and General Purposes and the Governance and Nominations Committees. He has been the Honorary Treasurer of the Westminster School Society since 1981. 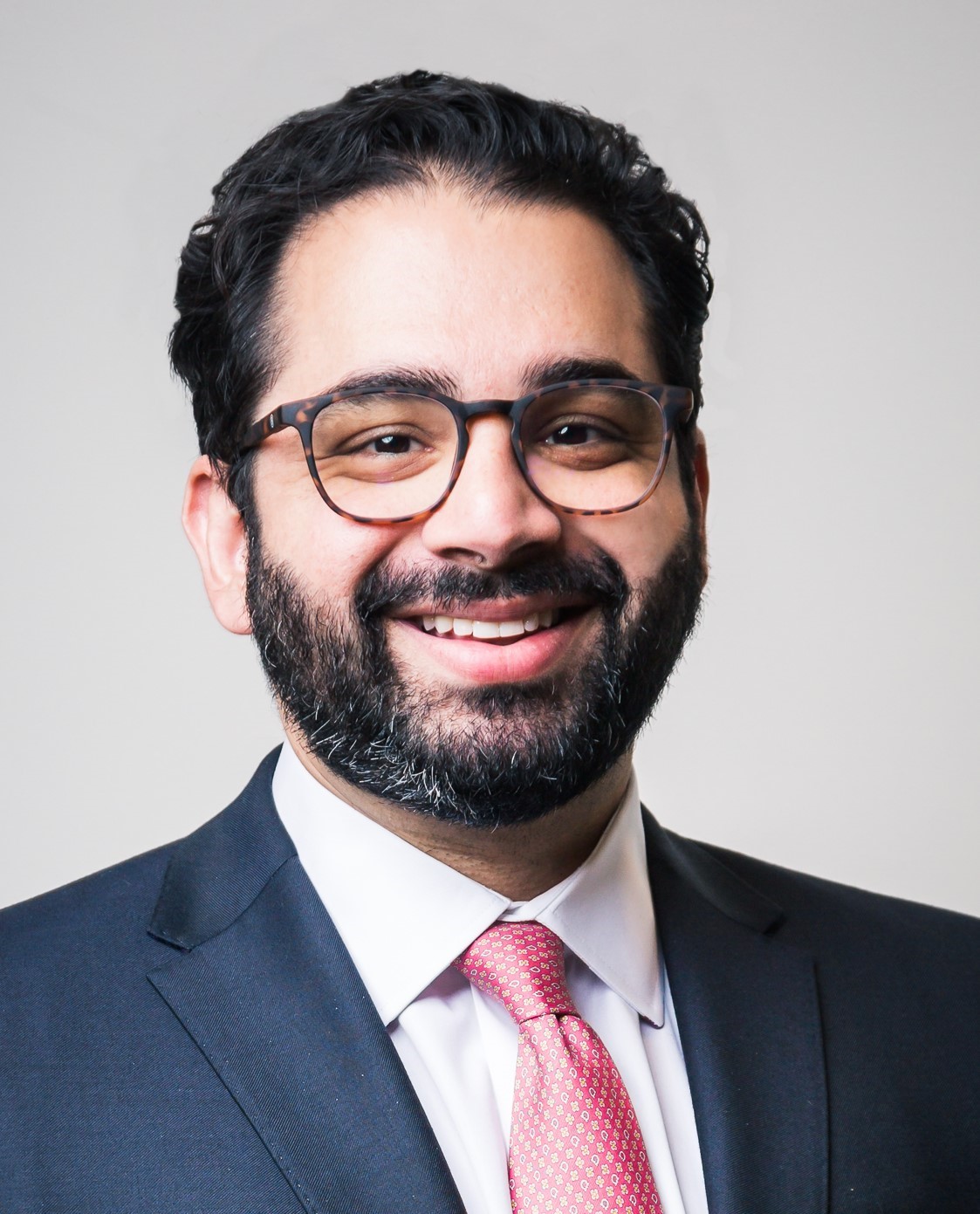 Mr Nabeel Bhanji (
OW An OW is an 'Old Westminster', a former pupil and member of the School's alumni.
)

Nabeel is a Senior Portfolio Manager at Elliott Investment Management, an investment firm with more than $50 billion in assets under management where he has a global mandate focused on activist and special situations investing.

Prior to joining Elliott in 2012, Nabeel worked in private equity at Apax Partners and Goldman Sachs. Nabeel attended both the Westminster Under School and the Great School and holds a BA in Philosophy, Politics and Economics from Balliol College, Oxford University and an MBA from Harvard Business School. He lives in London with his wife and two daughters.

Mr Edward Cartwright (
OW An OW is an 'Old Westminster', a former pupil and member of the School's alumni.
)

Edward has over three decades’ experience in global financial markets. He spent 20 years in investment banking and over a decade more in fund management. Roles included Head of Japanese equities at Jefferies & Co, Global Head of Research at Commerzbank Securities, and Head of Listed Investment Companies at LGT Capital Partners. He became CEO of Arcus in 2019 and is Chair of Hub Residential Ltd and of Squarestone Operations.

Edward is also Chair of the School's Estates Committee and a member of the Audit, Risk and Compliance, the Finance and General Purposes, the Governance and Nominations and the Investments Committees. 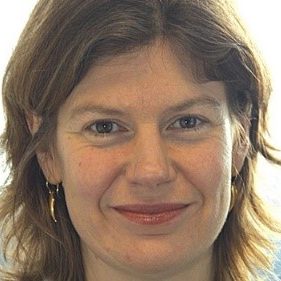 Jessica is a senior leader at the BBC, currently heading the BBC’s response to disinformation, the Trusted News Initiative. Previously, she led the initiative focusing on the BBC’s digital services in the UK and worldwide. She is former Controller of BBC Make it Digital, which inspired a new generation to get creative with digital technology. With partner organisations, BBC Make it Digital developed a codeable computer, the BBC micro:bit, and gave it free to one million 11- and 12-year-olds across the UK, with a further four million now in the hands of children in 50 countries, from Finland to Singapore. Before this, she was Chief of Staff to four BBC Director-Generals.

She is an Emmy-nominated programme maker and senior journalist, and was Assistant Editor of BBC Newsnight. She is a Trustee of the University of Bristol, on the advisory boards of Rand Europe and IntoUniversity, on the International Committee of the Wallace Collection and is a former non-executive director of the London Ambulance Service.

Jessica is also a member of the School's Education Committee.

Having been Head of Religious Education and the Principal in both state comprehensive and independent schools, as well as Dean of Educational Development at South Bank University, Priscilla was the first woman elected as Chairman of The Headmasters’ and Headmistresses’ Conference (HMC).

She has served as governor of a number of independent schools and academies, as well as on the University of Roehampton Council. She chaired the National Dioceses Commission for the Archbishop of Canterbury, presented ‘Thought for the Day’ for BBC Radio 4, led a major review of Church schools for the Church of England and has published two well-reviewed books on education. Her interests include music, the arts and world travel. 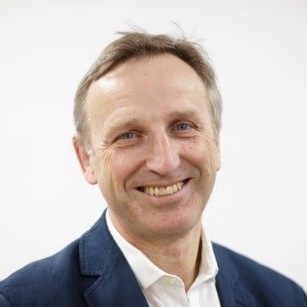 John taught Economics at Westminster School after graduating from Oxford in 1984. He then worked as an economist at HM Treasury before moving to the City in the late 1980s, where he spent most of his career as a partner at the investment bank Cazenove (later JPMorgan Cazenove), with roles including Chief Operating Officer.

In 2010, John joined the educational charity Teach First as Chief Operating Officer, and later became acting Chief Executive Officer. In 2014, he moved to Genomics plc, a tech spin out from Oxford University, taking the business from start-up through early growth phase. He is currently studying for a Masters at King’s College.

John is also Chair of the School's Audit, Risk and Compliance Committee and a member of the Education and the Remuneration Committees. 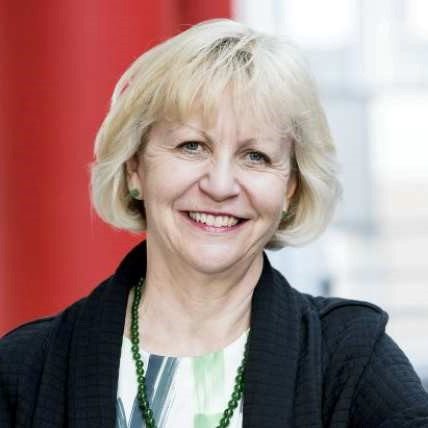 Maggie joined Imperial College in 1994 as a lecturer in the Department of Biology, coming from the University of Oxford where she had held a Nuffield Medical Research Foundation Junior Research Fellowship followed by an MRC Senior Research Fellowship. At Imperial College she became Reader in Immunoregulation in 1996 and Professor of Immunology in 1999. Maggie has held a variety of senior positions at Imperial College, becoming Dean of the Faculty of Natural Sciences in 2008. Maggie was made Associate Provost (Academic Partnerships) in January 2015 and took up her role as Vice President (International) in February 2018. Maggie has over 35 years of experience in experimental research in university and industrial environments. Her interests have focused on understanding dysregulated and inappropriate immune responses with the goal of developing novel biomarkers and therapeutic interventions.

Maggie participates in a range of external activities: currently, she is Director and Trustee of the Francis Crick Institute and adviser to several International Universities.

Maggie is also a member of the School's Education Committee.

Mrs Ina De (
OW An OW is an 'Old Westminster', a former pupil and member of the School's alumni.
)

Ina is a Managing Director at J.P. Morgan, where she has spent over 30 years holding a variety of leadership roles in the investment banking division. Ina attended Westminster School between 1981 and 1983 and read Economics and Statistics at the University of Bristol. She and her husband have a daughter and a son, who is also an Old Westminster. Ina is a Trustee of the Samuel Courtauld Trust.

Ina is also Chair of the School’s Finance and General Purposes Committee and a member of the Investments and the Remuneration Committees.

Tristram is the Director of the V&A, the world’s leading museum of art, design and performance. Prior to joining the V&A, he was MP for Stoke-on-Trent Central and Shadow Secretary of State for Education. He has a doctorate in Victorian history from Cambridge University and has worked as a Senior Lecturer in History at Queen Mary University of London. He is the author of several books, including 'Ten Cities That Made an Empire' and 'The Lives of the Objects'.

Tristram is also a member of the School's Archives and Education Committees.

Judith is a New Zealand born lawyer who practised in the City of London and has held a number of positions in public life including Leader of the City of London Corporation and Chairman of London & Partners. Her arts, cultural and educational roles have included being Chairman of The Royal Opera House, Trustee of the Imperial War Museum, Trustee of the Natural History Museum, Commissioner of the Commonwealth War Graves Commission, Chairman of the Independent Schools Council, Chairman of Birkbeck College and Chancellor of Bishop Grosseteste University.

Judith is also a member of the Education Committee.

Mr Richard Neville-Rolfe MA (
OW An OW is an 'Old Westminster', a former pupil and member of the School's alumni.
)

Richard was educated at Westminster School from 1972-1975 and attended New College, Oxford from 1976-1979 where he obtained Honour Moderations in Mathematics and graduated with honours in Politics, Philosophy and Economics.

Richard is also Chair of the School's Investments Committee and a member of the Estates and the Finance and General Purposes Committees.

Prior to this, Joanna was at Simon Fuller’s 19 Entertainment, working across a wide range of commercial activities and projects. She also spent seven years with Hasbro Inc., as global Senior Vice President of Visual Media and Head of International Licensing consecutively. Joanna began her career as an intellectual property lawyer in the U.K. with Herbert Smith and Denton Hall and New Zealand with Bell Gully. She has an LLB (Hons) from the University of Auckland and an LLM from the University of Cambridge.

Joanna is also a member of the School's Education, Finance and General Purposes and Remuneration Committees.

Vicky has spent most of her career in education as a teacher of French and Italian and a middle and senior leader in independent schools. In the early 1990s, she worked at The UCL Institute of Education training new entrants to the teaching profession. She was Principal of Cheltenham Ladies’ College for 15 years until 2011 when she moved to Switzerland to become the first female Director General of the International School of Geneva, a position she occupied for six years.

Vicky is also a member of the School's Education and the Governance and Nominations Committees.

Clerk to the Governing Body

Dawn works part-time and can be contacted via clerk@westminster.org.uk.

← back to About Westminster
Join Us