Westminster honours those lost in War in act of Remembrance

Westminster School honours those lost in War in act of Remembrance

Led by the School Chaplain, Fr Daniel Warnke on Friday 12 November, the touching ceremony of words and music focused on the Heads of School, Favour (WW, Remove) and Vanessa (BB, Remove), reading one fifth of the names of Old Westminsters who died in the First and Second World Wars, as is customary on this occasion.

The choir sang Douglas Guest’s setting of Laurence Binyon’s famous words They shall grow not old, and Mr James Kazi, Under Master, read from the prophesy of Isaiah. Hymns were Abide with me and I vow to thee my country.

The Chaplain paid homage to all that lost their lives by repeating Binyon’s poem:

They shall grow not old as we that are left grow old;
Age shall not weary them nor the years condemn.
Ay the going down of the sun and in the morning,
We will remember them.

The Last Post was sounded by Rosie (BB, Remove), with a minute’s silence observed by everyone present.

The service ended with pupils filing silently past the tomb of the Unknown Warrior as the organist played Elgar’s Nimrod. 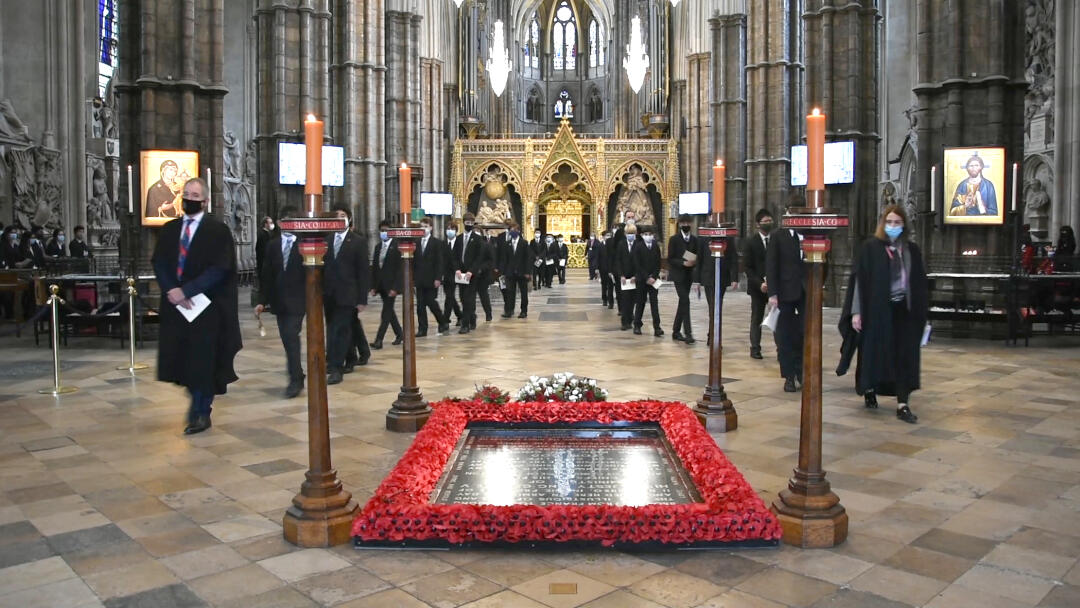