Cycling is one of the newer additions to Westminster School’s Station programme. 16 or so pupils currently participate.

Cycling Station takes three forms. The first is indoor training, which takes place either in a dedicated cycling studio on Victoria Street, or in the cycling suite in the Sports Centre on Tuesday afternoons. At both venues, the sessions are taken by a professional instructor, who leads the participants in freestyle spin racing accompanied by music, where each participant’s cardio fitness is tested and developed ‘to the beat’.

The second form is track racing, which takes place at the Olympic Velodrome at Lea Valley Velopark. At this historic site, pupils train and participate in monthly competitions against a number of other London school teams.

The third form takes the shape of occasional visits to a BMX track to learn the basics of BMX biking. The track in Peckham is where one of Great Britain’s BMX gold medallists from the Tokyo Olympics in 2021 learnt and honed their skills. In addition, a Lower School cycling Expedition is usually offered twice a year and is open to keen cyclists from all Stations. In June 2019, for example, a group cycled from London to Paris. 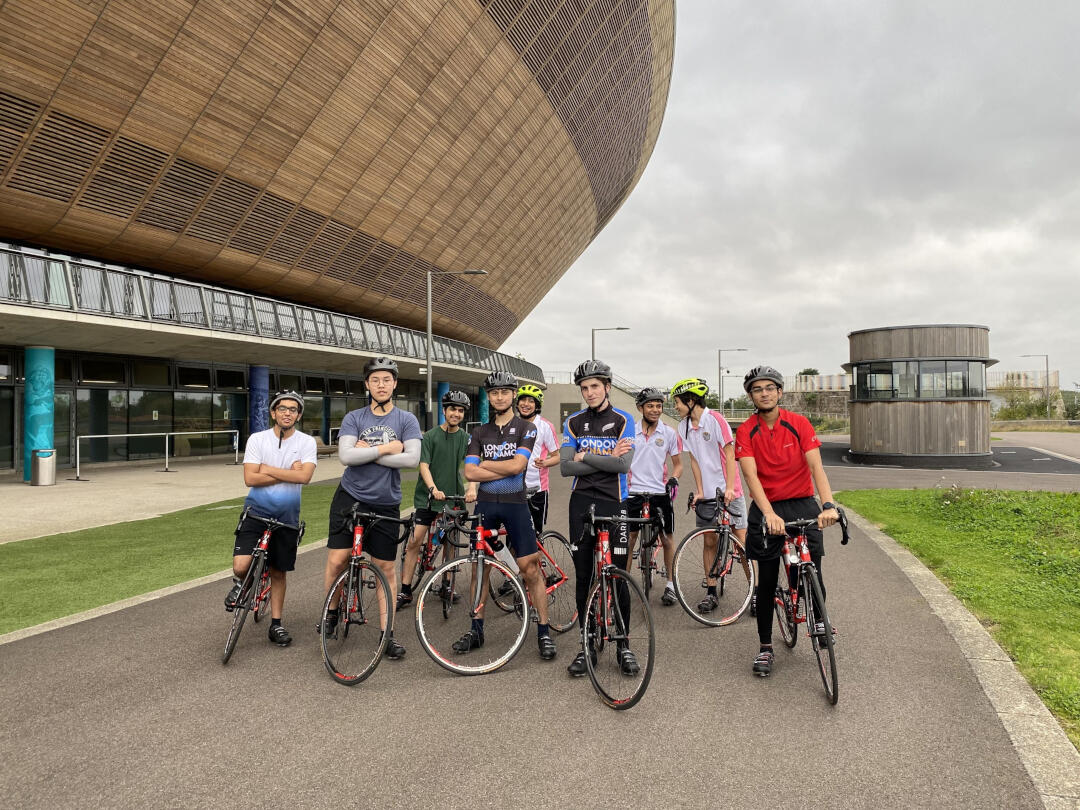